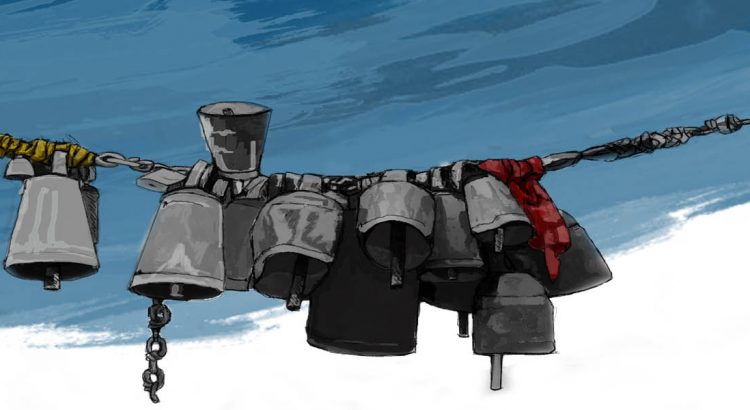 Imam Al-Hassan ubn Yasar Abu Saed al-Basri, the great faqih of Basra, leader of the ascetics and scholars of his time. He became known for his strict and encompassing embodiment of the Sunnah; famous for his immense knowledge, asceticism , fearless remonstration of the authorities, and his power of attraction both in discourse and appearance. One of the early formal Sufis in both the general and the literal sense, he wore all his life a cloak of wool. (Suf).

Both his parents were freed slaves, yet his lineage and childhood could not possibly have been more exalted. He was raised in the household of Zayd ibn Thabit r.a, who was not only one of the seven sahaba fuqaha (jurists), but also the one to whom the compilation of the Quran was entrusted. He was nursed by Umm Salamah r.a, the wisdom filled wife of Rasulullah swm, who played a crucial role in his upbringing and moral instruction. At his birth, Sayyidna Umar r.a blessed him, saying ‘Oh Allah ! Make him wise in religion and beloved to the people.’ Furthermore, he became the murid of Sayyidina Ali r.a at the age of fourteen. A childhood surrounded by such titanic figures unsurprisingly left and indelible impression upon the great Imam. He one remarked,

In his uncompromising search for Allah, he became one of the greatest saints of his era and was named “ Bab al Wilayah” ( the gateway of sainthood).

He was a hadith narrator of the highest grading, and over 1400 hadith in the nine books have chains running through him. He was also one of the authorized fuqaha among the taabain, having learnt in the household of Zayd bin Thabit, as well as others. His links to Sayyidna Ali r.a , are evident in all his fields of mastery; hadith, fiqh and tasawwuf. Some hadith masters assert that he related hadith directly from Hazrat Ali r.a ; according to Abd ar-Razzaq r.a , the great Khalifah once accepted his recommendation in a judicial case. Finally, of course, it is the consensus judgment of the great Imams of the Way that Sayyidna Ali r.a transmitted the knowledge of tasawwuf to him with a single look.

He lived most of his life in Basra (Southern Iraq), which was at that time the cultural and intellectual center of the Islamic world. It was also here that many theological and metaphysical controversies raged. It was al-Hassan r.a , a staunch defender of  Orthodox Islam, who first mounted a systematic and comprehensive rebuttal of Persian and Greek beliefs. This defense was later continued by such men as the Imam Abu Hanifa, Imam Hanbal r,.a, and al-Ashari r.a. Infact , his interpretation of Allah attributes from key components of the aqidah ( doctrinal belief) of the Ahl as-Sunnah wa’l Jamaah.

He developed a wide circle of disciples and students and became renowned as a brilliant orator. Arab scholars have preserved many of his speeches, letters and aphorisms. He made, during his time, the acquaintance of many Sufi saints. To some he was a guide, to others a fellow-traveler, and to very few, a pupil. Perhaps the most revered of these was the legendary Hazrat Bibi Rabia of Basra, a female saint whose sanctity and love for God reached mythical dimension.

He was famed and respected not only for his knowledge and wisdom, but also for his tremendous humility and piety. It is reported that for forty years he did not laugh, so completely was he consumed by fear of Allah. Once a man mockingly asked him whether he (al-Hassan) was better or worse than a dog. He replied, “if I am saved from Allah’s punishment, then I am better than the dog; but if His punishment overtakes me, then the dog is thousand times better.” When he saw a dog, he used to supplicate, “ Oh Allah ! Forgive me through the wasilah of this dog.”

Once the great Imam visited his dying neighbor, a Magian Fire worshipper named Simeon. Al-Hassan r.a approached his deathbed and advised him to become Muslim, but the man replied that there were three things stopping him.

“Firstly,” he said, “Muslims speak ill of the world, but day and night pursue worldly things. Secondly, you say death is a inevitability, but yet make no preparations for it. Thirdly, you say that God’s face shall be seen, but you do everything contrary to his good pleasure.”

Al-Hassan r.a conceded the fact, but replied that at least Muslims worship God, and not fire. “Fire is but a servant of Allah,” said the saint. “ and if Allah wishes it will not burn one particle of my body.” So saying, he thrust his hand directly into the burning flame. There it remained, unaffected by the heat, and true knowledge dawned upon Simeon. He converted to Islam, and later died. Al-Hassan r.a saw him in dream walking through the gardens of Paradise wearing a cloak of light. “Lord God!” he cried, “such is your mercy! If you can forgive and unbeliever of seventy years because of one utterance, how will you exclude a believer?”

He attained unity with Beloved in Basra in 110 AH, leaving five Khalifa, one of whom was Hazrat Imam Abd Al-Wahid ibn Zayd.